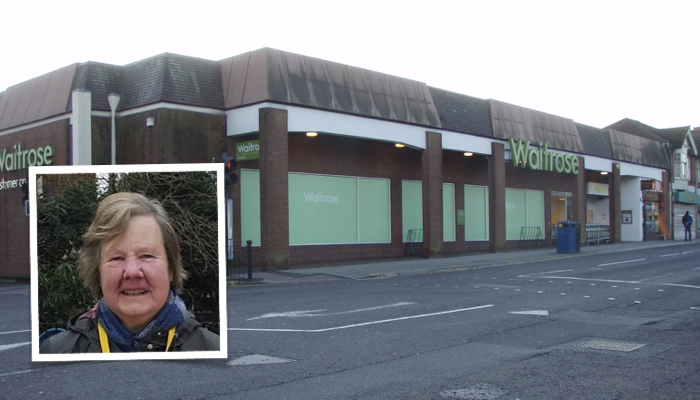 Councillor Marion Le Poidevin (Branksome West) has had enough of noisy manhole covers and is waging war on them.

After complaints from residents, Marion had a loud clank outside Waitrose and in Dunford Road repaired by Wessex Water.

The first step in getting the manhole covers sorted is to report them to the council, who will then get in contact with the utility company that owns them and is responsible for their repair.

The first she got silenced was right outside Waitrose on Ashley Road and then, following an urgent request from a resident, one in Dunford Road. Both were owned by Wessex Water who repaired them, much to the relief of neighbours.

Since her initial success, several more covers along Ashley Road and at the junction with Churchill Road and Richmond Road have started clanking. Marion has reported these and council officers have walked the length of the road to identify the noisy covers and who owns them. They are now being chased to get repairs done.

“The fact that a councillor is pressing for action carries weight with the utility companies, so I'll keep chasing until the work is done,” says Marion.

”It seems as though the utilities only bother with their manholes when someone reports a problem. It would be really good if they did regular inspections to nip any problems in the bud but that seems to be too much to expect of them. Meanwhile, if you know of any other clanks please let me know and I'll do what I can.”