Poole Lib Dems march on Parliament for a People’s Vote 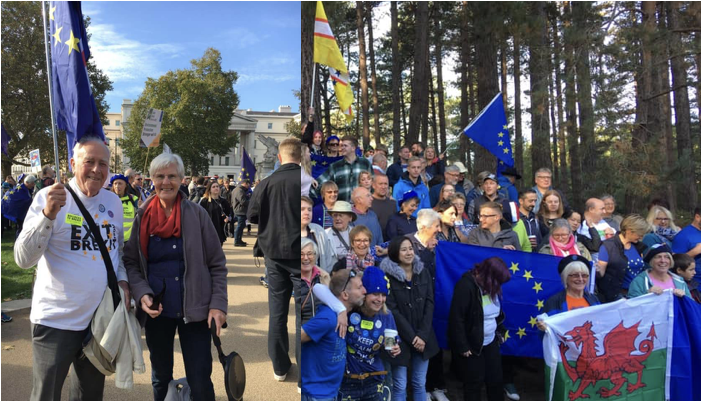 Members of the Poole Lib Dems were among the estimated 700,000 people who marched to Parliament Square on Saturday demanding a People’s Vote.

Poole Lib Dems were joined by around 300 members of Dorset for Europe who were instrumental in organising transportation to the march. Poole Liberal Democrats also met up with members of neighbouring branches who brought along a number of members.

Poole Lib Dem EU Spokesperson Barbara Leonard said: “Saturday's march was the biggest yet wake-up call that a flawed advisory referendum 28 months ago is no mandate for the current course of action. The will of an increasing number of people is for a People's Vote on the final deal.”

“This is not a ‘second referendum.’ It is a decision on how to proceed once we know exactly what the options mean and how they would impact on our lives. An option to remain must be on the ballot paper.”

Barbara was also lucky enough to be interviewed by the German news service Tagesschau at the march. You can watch her interview here (skip to 00:30).