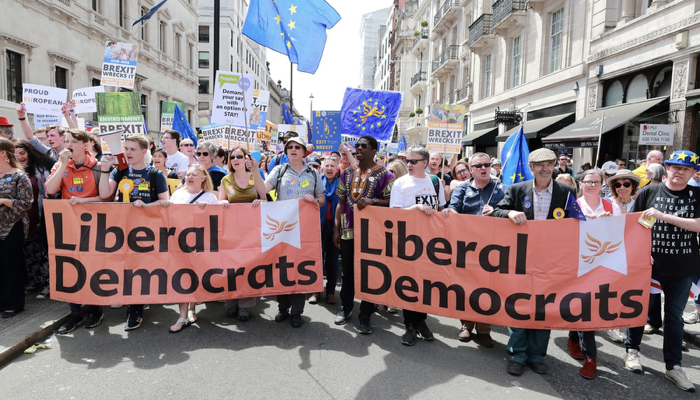 Poole Liberal Democrat EU Spokesperson Barbara Leonard has written to local MP Robert Syms urging him to vote in favour of the people having the final say on Brexit, including the option to remain in the EU, as Parliament debates the EU Withdrawal Bill.

Barbara added: “Brexit is an immediate threat to our economy and public services. From the drop in the value of the pound to the shortage of skilled workers, the impact is already being felt in Poole.

“Regardless of how people voted, it is clear that no one is getting what they wanted. That is why it is so important the people, not the politicians, have the final say on the deal, including the option to remain in the EU”.

The EU Withdrawal Bill is returning to the House of Commons on Tuesday 12th June. The Bill returns from the House of Lords where over 100 amendments were made, including 15 Government defeats.

The Liberal Democrats have lodged an amendment which, if successful, will ensure the people have the final say on the Brexit deal, including the option to remain in the EU.

“The Lords defeated the Government on fifteen occasions. In doing so, membership of the European Economic Area was backed and attempts to hand ministers ‘blank cheque’ powers were squashed.

“This was achieved because both Tory and Labour Peers joined the Liberal Democrats and voted with their conscience, defying their parties’ whips.

“The Brexit ball is now back in the Common’s court. The challenge for MPs of all political colours is to follow the example set by their colleagues and vote to defend the interests of their constituents.”