Grant Gillingham and Crispin Goodall are the Liberal Democrat candidates for Parkstone.

Grant Gillingham was born in Poole and has lived here ever since. He was educated at local schools before going to Brockenhurst College to study for his A-Levels and then on to gain a diploma in American History from the University of East Anglia. He is currently finishing his degree in History and hopes to go on to train as a schoolteacher in the local area.

He is passionate about the local environment and protecting our local greenspaces. Grant would be committed to supporting schemes such as the campaign to make Poole a ‘Plastic Free Coastline Community’. He believes that there needs to be a solution to the increasing traffic issues across the conurbation and, given the size of the new council area, that the creation of a comprehensive rapid transit system would not only cut down on traffic in the area but also pollution, further reducing environmental damage. 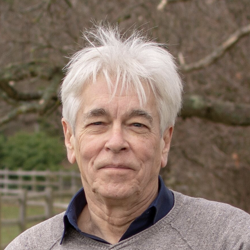 is married to Jeanette and has lived in Parkstone for the past 30 years, since relocating from London.

A graduate of Oxford Brookes, he worked both as a production manager and designer for publishing houses in London and Poole. Striking out alone, he founded his own graphic design company, advising on both marketing and design to local businesses. He then went on to publish a number of successful local books including The New Forest Guide, published in co-operation with the New Forest District Council, and Cherries First Hundred Years, a celebration of AFC Bournemouth’s centenary. Needles to say he is a passionate supporter of AFC Bournemouth and a season ticket holder.

As a resident and homeowner, in the Parkstone ward, Crispin wanted to see if he could contribute to the area he loves and the people who live here. He is concerned about the possible downgrading of Poole Hospital and the negative consequences it will have. He also thinks that the closure of public toilets is disgraceful as it is the sign of a civilised society to provide them.