New look for Branksome Rec thanks to Poole Lib Dems 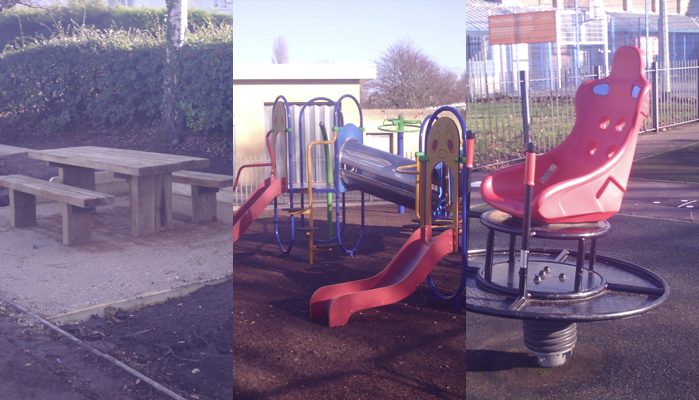 Councillors Philip Eades and Marion Le Poidevin (Branksome West) have been working for years to get improvements to the Rec, especially the play area. Now thanks to a successful bid for CIL funding (money paid by developers) that's happening.

The play area has been enlarged, with several new items of equipment to suit children of different ages, natural play, benches and gates. Fences along Alder Road and round to the car park are being replaced with metal railings. Paths are being widened and raised to keep them clear of flooded ground.

“We're delighted that at last the Rec is being brought up to a decent standard. I'm sure we'll all enjoy the better facilities,” says Marion.