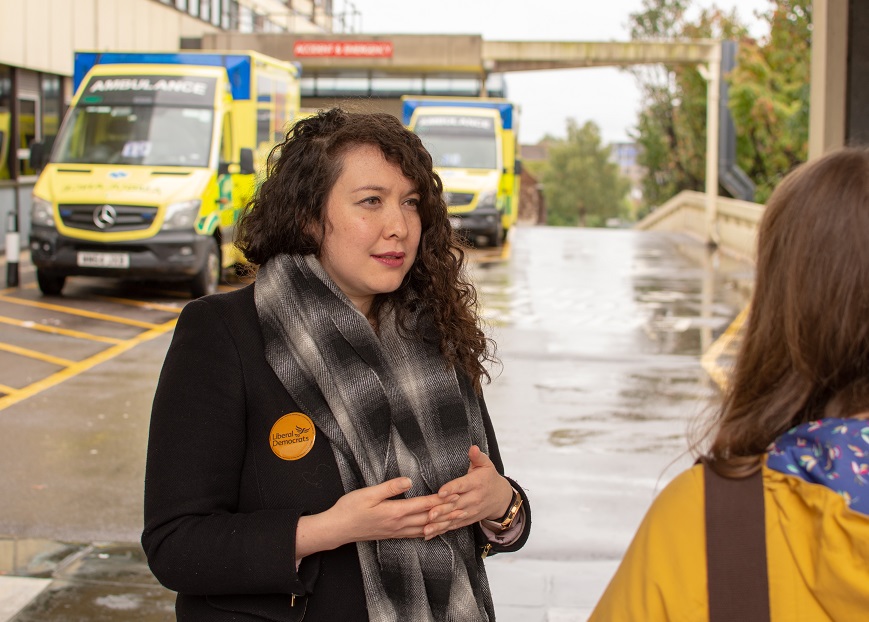 In many emergencies, every minute counts, and having the closest A&E services in either in Bournemouth or Dorchester is just not good enough for many across the conurbation. As a previous first aider, I’ve seen first-hand the impact of getting people to the right medical support in precious minutes. We’re dealing with people’s lives, and we must take that seriously. Residents of Poole deserve better.

The proposals came as Dorset's hospitals were already struggling with a lack of beds, staff shortages, and scarce resources. These staff shortages have been made even harder under Brexit as 212 NHS staff from the EU have left Poole Hospital in the last three years since the Brexit vote.

Victoria Collins, our Lib Dem candidate for Poole, says: “The Lib Dems have been at the heart of the fight to save Poole Hospital from being downgraded. We ran a petition against the changes when they were first announced four years ago, and we have taken a stand at council to oppose the plans from Dorset CCG.”

“I am continuing that fight to save Poole Hospital. The Liberal Democrats have a clear plan to fund the NHS and social care with a penny on the pound increase in income tax.”

“Only the Liberal Democrats will stop Brexit to protect our NHS. We will make clear to staff from the EU that they are valued, tackle the staffing crisis, and invest an extra £35 billion in health and social care. I will continue the fight to save Poole Hospital.”