Brian Clements and Rich Douglas are the Liberal Democrat candidates for Penn Hill. 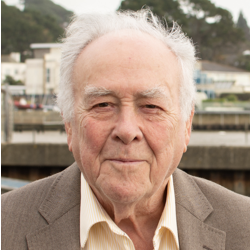 Brian Clements will bring a wealth of local government experience to the Liberal Democrat team, arguably more experience than any other candidate in the conurbation. He spent 30 years as a Councillor with 12 years as Leader of the Borough of Poole Council and wants to see the new BCP Council developing a vision that will take the conurbation forward without sacrificing the individual identity of local communities. Area Committees were initiated by Brian as a means of Poole Council engaging with local people but Tory control saw them undermined and eventually scrapped. The rest of Dorset has Town and Parish Councils which allow for appropriate devolution of decision making and more effective engagement with local communities but the BCP Shadow Authority has refused to consider that for Poole.

Brian’s commitment to partnership working led to a Bournemouth Dorset & Poole Economic Partnership being formed and environmental concerns being addressed through the founding of Poole Agenda 21. One notable success was helping to prevent BP building an artificial island in Poole Bay to extract oil. Tourism and Town Centre Management partnerships were developed to ensure that Poole Council worked closely with the private sector. He is most proud to have been involved in the setting up of the Poole Youth Forum and the contribution he made as a School Governor and Chair of Governors. He played a leading role representing councils regionally, nationally and internationally.

Brian first came to Poole in 1966, worked as a senior manager at the Plessey Company (now Siemens) and went on to teach Computer Engineering at The College. Having left Poole Council in 2015, he anticipated retirement but has become very disappointed in the way it has been run and now wants to return to local politics to demand better from BCP Council. 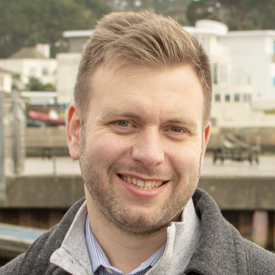 is a passionate believer in fairness of opportunity and presently works as a primary school teacher in one of the poorest wards in BCP, teaching a class of 10-year olds. Due to his background in technology, he also formally champions the computing curriculum and facilities across both the school and Academy Trust. As part of this, he has led fundraising for vital resources to support the children’s education, wearing ridiculous costumes when necessary (!).

Rich married Poole native Vikki in Wallisdown and they have owned their home near Ashley Road since 2016. Prior to career changing with Teach First, he spent 10 years working in counter-terrorism and initially moved to the area in 2015 on a posting from the Foreign and Commonwealth Office (FCO) to support the vital global operations of Royal Marines Poole.

In his previous career, Rich also deployed alongside the UK’s military in a variety of challenging roles, including accumulating over a year in Afghanistan and Iraq, for which he earned operations medals. His roles required him to coordinate and drive the activities of UK-based and foreign partners to support troops on the ground, giving him significant experience of getting the most out of a range of government departments, while under high pressure.

Rich was deeply concerned about the merger of councils to create BCP, having experienced several botched public-sector reorganisations first-hand, so he is determined that improving vital services should be at the heart of the new council’s agenda. He is also acutely aware of law enforcement issues, coming from a family of police officers, and wants to do more to tackle the rising crime that Tory cuts to policing and family services have caused. He believes the Conservatives should not be allowed to continue to take Penn Hill and the rest of BCP for granted any longer.